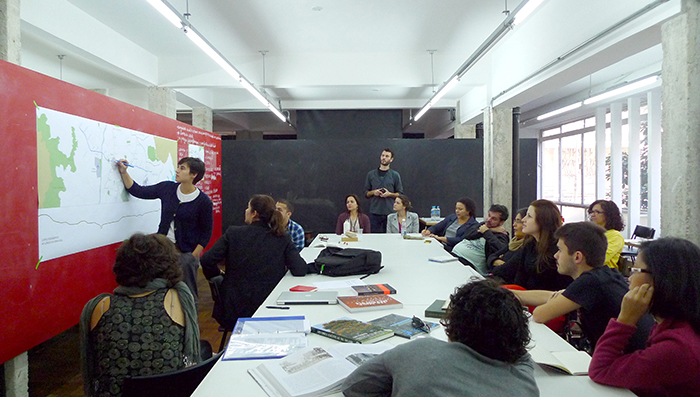 São Paulo residents will soon be able to tour urban wildlife along São Paulo’s Number 1 subway line! This July, biologists and architects participated in a workshop on urban ecology hosted by São Paulo Lab and the Urban Landscape Lab. Participants, including practitioners and students from São Paulo, were asked to research the complexities, conflicts and potentials of the city’s ecosystems. Discussions included the encroachment of urban sprawl and favelas into the city’s water reservoirs, micro-organic life on the surface of Brutalist concrete buildings; and the sluggish life of downtown sloths amidst workaday São Paulo. Participants studied the city with microphone and camera in hand, and travelled the Number 1 subway from Tucuruvi in the north to Jabaquara in the south.

This project is the third installment of a series of global wildlife tours, which began in 2009 with New York City’s Number 7 line and expanded to the Beijing Number 4 line in 2012. The project circulates maps and podcasts to subway riders to use to as they move through the city. Safari 1 São Paulo will be exhibited at the 10th Sao Paulo Architecture Biennial in October 2013.